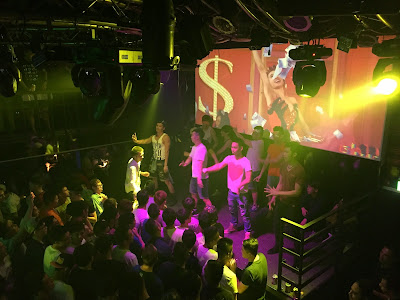 Introduction
In recent years, the trend that worships masculinity is widespread among gay men in Taiwan. Many gay men, especially young ones, identify themselves with masculinity. Because the masculine trend represses gay men who do not fit in the standard and makes them suffer, queer studies in Taiwan point out that it follows the same old disastrous road along which homosexuals are discriminated by heterosexuals, therefore it needs to be criticized severely. Even though this critique is very important, it assumes a stable hierarchy between masculinity and femininity, and makes them become a matter of dualism. Actually, people often directly recognize masculinity and femininity through binary thinking. It seems like that gay men identify themselves with either masculinity or femininity. It’s too inflexible to use it to illustrate how gay men perform themselves in their everyday lives. In contrast to this perspective, I suggest that masculinity and femininity are hybrid and are always in the process of becoming. In order to explain my argument, I find that Asia Pop in G Star, a special gay dance culture in Taiwan, is a good example to show how femininity plays an important role to construct gay identity in the trend that worships masculinity. By the way, G Star is one of the most famous gay bars in East Asia, which opened in 2009.

What is Asia Pop?
“Asia Pop” refers to a cultural spectacle which is regarded as a prime-time program in G Star and is composed of Korean and Taiwan pop music by female singers, such as Girls’ Generation, T-ara, 4minute, Jolin Tsai, Jeannie Hsieh, and so on.
Typically speaking, rather than Asia Pop, house music which is composed of western pop music is used as a prime-time program in gay clubs all the time. The reason why Asia Pop replaces house music in G Star involves the drug issue. The development of house music culture in Taiwan accompanies the controversial issue of recreational drug use. Because clubs are the breeding grounds of drug use, the government forces clubs to take the responsibility to stave off the drugs by law. To avoid breaking the laws, G Star chooses Asia Pop as its prime-time program and it soon becomes its distinguished characteristic.
When DJs play Asia Pop, many gay customers step onto the stage and imitate female stars’ dancing steps in music videos. In general, customers in G Star fit in the description that queer studies often associate with the masculine image, such as short haircut, muscular body and American wearing style. Even though they look masculine, they dance with a feminine touch in that moment. Their dancing skills are so good, even better and more feminine than female stars. Because K-pop’s MV dances are highly feminine, gay men who participate in the dance movement are considered sissy gay men, called C-Mei in Chinese. The dance-scape organized by Asia Pop in G Star is popular with local gay community and foreign tourists. Obviously, the landscape does not fit in the trend of gay community’s gender performance. Regarding the “dance-scape,” I wonder how gay people experience femininity, or sissiness, through participating in Asia Pop. According to Frith (1996), musical experience is the experience that a person shapes his/her self in the process of performing music. How does the experience of performing Asia Pop involve in the construction of gay identity? In order to answer this question, I adopt geographical approach to analyze “dance-scape.”

Dance Music, Gay Identities and Affective Homosexualities
Gay culture can be best represented by dance music. From the historical perspective, how Disco in 1970s and House in 1980s became popular is closely linked to the development of gay culture. Therefore, analyzing gay’s dance music and its cultural space is an appropriate way to understand dynamic constructions of gay identities and communities. For studying the interaction between Asia Pop and the constructions of clubbers’ gay identities, I approach Tan’s concept of ‘affective (hetero)sexualities’ which bases on non-representational theory to frame the relations between music performances and politics of sexualities.
‘Affective (hetero)sexualities’ is the concept from Qian Hui Tan’s (2013) analysis of club culture in Singapore. ‘Affective (homo)sexualities’ is defined as the atmosphere about ‘being a gay man’ between encounters of different dancing bodies. The atmosphere allows clubbers’ bodies to affect and to be affected. Just in that moment, there is some feeling vague but intensive about being a part of the gay scene emerging and becoming. This perspective is very important, because it shows that meanings of music are not always defined by pre-given representations such as lyrics. Just like Tan’s illustration, affect could not be understood through the analysis of symbolic systems. In terms of the practice of music, affective subject is always in the process of musiking.
However, in Tan’s analysis, representations of music are neglected. In contrast to her view, I suggest that the analysis of representations of Asia Pop is necessary to be considered. Because of Asia Pop’s characteristics, representation plays a significant role to shape clubbers’ music experiences. There are three reasons. First, the style of dance steps in Asia Pop is the hybrid genre made of Freestyle and LA Style. Its steps are designed by lyrics distinctly. Take ‘Taxi’ from Girls’ Generation as an example. When these girls sing ‘taxi, taxi, taxi, …’, they dance with the movement of driving. Second, as a result of the contents of lyrics, Asia Pop has obvious female images. The lyrics in Asia Pop often narrate stories, especially about love, in girl’s position, so the steps express the images of girls. Third, Asia Pop is an imitation culture. For clubbers who are good at MV dance, they judge each other’s performance by how it resembles  the dance presented by female stars in MV. According to these reasons, the analysis of representation could not be neglected. It’s important to think about how representation matters in the process of musiking.

Research Methods
I approach music ethnography to do this research. For geography, the method not only echoes the tendency that geographers employ non-representational theory to explore how meanings emerge from practices of music in recent years, but also help geography illustrate the relations between structure, agency, and geographic context and expose the tissue of everyday life (Herbert, 2000: 550-551). I have worked on the fieldwork for three years, from 2012-2015. The study is now in progress.

Space for Performances of Affective Homosexualities
To understand how Asia Pop shapes clubbers’ gay identities, it’s important to identify music as a part of the space. According to Tan, space matters, because the arrangements of space, such as light, music, and so on, assemblage clubbers’ affective homosexualities. Generally speaking, because of the stage, many clubbers regard G Star as a space for performance. When DJs play Asia Pop, clubbers who love it will stand onto the stage and then dance to other clubbers. Clubbers in the dance floor hail the clubbers on the stage. The interactions between performers and audience shape the affective atmosphere among clubbers continuously. They feel high and happy. Other clubbers outside from the stage and the floor are also affected by the atmosphere. Some of them move to the dance floor and want to get happy with crowds in that moment. The floor and the stage are usually crowded. Everybody is soaking with sweat. What clubbers feel is not only a kind of intensive affect but also something about being a gay man. Most of the clubbers who have been in the music scene tell me that they felt themselves are so ‘gay’ in that moment. The reason includes both the gay men gathering here and the Asia Pop with obvious female images. For clubbers, Asia Pop is a kind of girl-style dance culture. When clubbers participate in the scene, they feel so ‘gay’ because they intimate how female stars dance.
The representation of music plays an important role to shape clubbers’ gay identities here, too. Asia Pop evokes the stereotype that gay man is regarded as a sissy man who is considered abnormal in the heterosexual society in Taiwan. The stereotype is not rejected nor accepted, but considered as the history of gay culture by clubbers. Here, through the practice perspective, the meanings of symbolic system of music become changeable. That is to say, there would be varied meanings produced in the process. These emerging meanings challenge the stable hierarchy of values, such as the hierarchical status of masculinity and femininity. Clubbers who look like masculine are affected by the atmosphere to participate in Asia Pop and perform sissiness. Based on the case, music not only blurs the distinction between masculinity and femininity but also makes G Star a space for performing sissiness.
It seems that there is no hierarchy in the process of performing Asia Pop. However, it is not so. There is still a hierarchy evolving from the different images of women. I find that the practice of Jeannie Hsieh’s ‘Sister’ in G Star is a good example to illustrate it.

Sissy Performances and the Constructions of Gay Identity
Jeannie Hsieh is very popular in Taiwan. Her dance music is popular with both the heterosexual and the homosexual. In G Star, clubbers love her music such as ‘Bi Bi Bi’ (嗶嗶嗶), ‘Fantastic’ (一級棒), ‘Sister’ (姐姐), and so on, especially ‘Sister’. The song was published and quickly became a gay anthem in 2013. It describes a mature woman who is not afraid of being pursued by young men, singing the song with confidence in the position of the first person. ‘Call me sister’ is the most famous lyric line. It even becomes the slogan of this song. When clubbers hear this sentence, they will sing along loudly. It is the lyrics that make gay men love the song, because it echoes the ‘sisterhood’ culture in Taiwan gay community. Gay men usually call each other ‘sister’ in Taiwan. It’s a gay subculture that follows the stereotype of the connection between gay man and sissy man intentionally. In the moment that clubbers sing the words ‘call me sister’ together, clubbers evoke the ‘sisterhood’ culture. Because of the understanding, clubbers make amusement and the scene so enthusiastic from practicing the song. Many clubbers who perform sissiness by the song feel so happy in the dance scene. Here, the performance of sissiness is a kind of insider’s knowledge. When it becomes the element of fun-making for gay men, it becomes the part of gay-identity making. The hierarchy between masculinity and femininity become ‘flat’ in the practice of music.
However, there is something hierarchical produced by the performance of different female images. Different female images, such as diva, cute girls, proud woman, and so on, echo evaluations about masculinity and femininity. Take Jeannie Hsieh’s ‘Sister’ as an example. The female image of the song, sister or older sister, 姐姐 in Chinese, expresses masculine femininity. This kind of femininity is easily accepted for clubbers, because it looks stronger. The image of Jeannie Hsieh’s ‘Sister’ is compatible with gay subculture in Taiwan. In the context, gay man seldom calls himself ‘younger sister’. As my informant said, the image of ‘younger sister’ looks feeble. “No one wanna be a feeble person. That kinda sucks,” he said. For this reason, it’s necessary to recognize what female images are selected to perform by clubbers. The selection re-produces the hierarchy among femininities, such as masculine femininity, feminine femininity, and so on.

Conclusion
In this presentation, I reveal that sissy performance is not a dualism of masculinity and femininity but the becoming of gay identities in continuous play of history, culture, and power. From this view, the relations between masculinity and femininity are hybrid rather than hierarchical. Nevertheless, it does not mean that there is no hierarchy anymore. Performances of Asia Pop re-produce the hierarchy of femininities which echos the context of gay subculture in Taiwan. In other words, hierarchy is always there but in different forms. 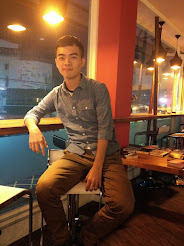